Water is a precious resource. In the U.S., most people are fortunate enough to never worry about where their next glass of water is coming from. But consider the following: Water managers in 36 states expect water shortages by next year, according to the U.S. Government Accountability Office. California has only a 20-year supply of freshwater left, and New Mexico has a 10-year supply. In 2007, Lake Superior, the world’s largest freshwater lake, dropped to its lowest level in 80 years, and the water has receded more than 15 meters from the shoreline. The U.S. interior west is probably the driest it has been in 500 years, according to the National Academy of Sciences and the U.S. Geological Survey.

Water shortages are not exclusive to third-world or developing countries. It’s affecting the whole world, and now is the time to aggressively conserve the remaining resources. Botond Laszlo, CKBR, GCP, CR, founder of Dallas-based Marvelous Home Makeovers LLC, practices sustainable remodeling techniques and educates his clients about their importance. “I’m from Romania, and [when I lived there] everybody was very conscious about how they heat and cool their homes,” he explains. “The same with water. It is a big deal. Some places didn’t have running water [when I lived there]. Coming to the States and seeing how people take care of their own houses, I see the biggest issue is lifestyle. That’s when I got really involved, and we’ve been implementing sustainable practices.”

Because Laszlo is involved in each facet of sustainability, he includes water conservation as part of an overall energy-saving strategy. “Especially with high energy prices, everybody is aware of energy efficiency,” he says. “Everybody wants to be more efficient. However, it’s very closely tied with a better performing home. Indoor air quality comes into play. All appliances I install are Energy Star.”

Laszlo is based in Texas, which has hot, long, dry summers and many cities impose water restrictions. “You have to be careful while using water because there’s only so much,” Laszlo says. “I see a movement [of energy-efficiency] now, and I’m really hoping that people realize the resources we have are all we have. It’s the Earth. It’s only so big. It can produce only so much.”

Seemingly small changes, such as insulating pipes, can have a large impact, according to Laszlo. Insulating pipes can reduce water runoff from a faucet because the amount of time it takes for hot water to reach it is lessened. In the end, that saves water and energy.

Other water saving tips Laszlo offers are changing out toilets for low-flow models, using Energy Star appliances, installing aerators in showerheads and using rainwater for watering lawns. Some states permit the use of greywater systems for irrigation. Greywater is water from bathroom sinks, showers, tubs and washing machines. It may contain traces of dirt, food, grease, hair and household cleaning products, so although it is not suitable for human consumption, it is safe for irrigation. Because greywater systems vary by city, Laszlo recommends checking local building codes before pursuing a greywater system.

WaterSense, a program from the U.S. Environmental Protection Agency, also promotes water efficiency. Some products are WaterSense labeled, which means they have been certified to be at least 20 percent more efficient than comparable models without sacrificing performance. According to the EPA, if one in every 10 homes in the U.S. installed a WaterSense-labeled faucet or faucet accessory, it could save 6 billion gallons of water per year and more than $50 million in the energy costs to supply, heat and treat that water.

Laszlo has seen growing interest in his customers about sustainability. He estimates interest is up this year about 5 to 10 percent compared to last year, a pace that isn’t increasing as rapidly as he’d like to see. “The biggest thing I see is not so much remodelers not providing the service, but the lack of demand for it,” he says. “The demand is not there because people are not aware of it. That’s why education is so key. I can’t emphasize it enough.” Laszlo believes each time a contractor visits a prospective client, he or she should educate the client about available options.

Laszlo recently sent an email survey to his customers to gauge their interest in insulation. “It was amazing to see that nobody really understands it — how it’s supposed to perform, why it’s so important, what types there are and what the benefits are,” he says. “Again, the education is really needed.”

For remodelers looking to expand their knowledge and skillset in the sustainability area, Laszlo recommends the NARI Green Certified Professional course. “It was an excellent education piece,” he says. “It goes very deep into the topic and goes into building science aspects. It was very interactive; it wasn’t just going into a classroom and listening to a lecture.” 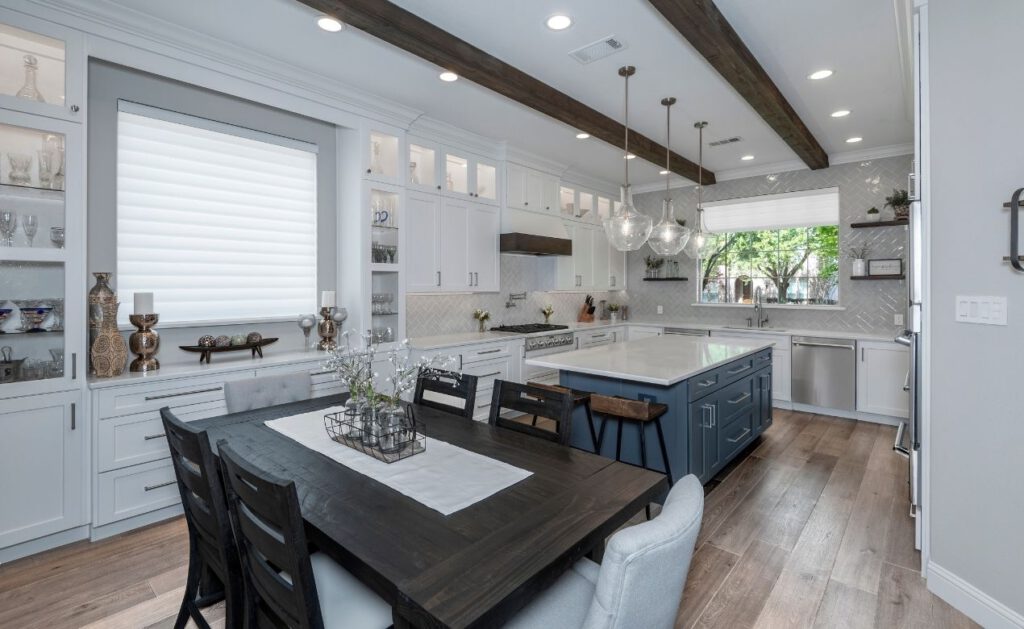