Kitchen redos put on back burner as homeowners opt for bathroom remodels instead. 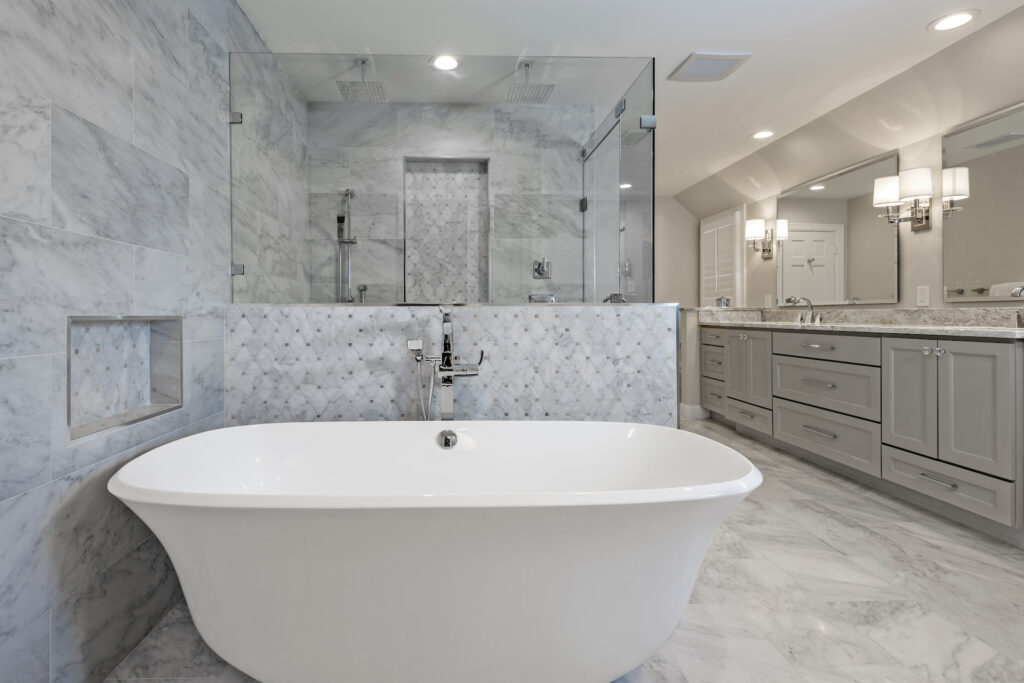 The kitchen may be considered the heart of any home. But many Americans apparently are choosing to follow their heads and not their hearts lately by opting for a bathroom remodel instead.

Consider that 25 percent of homeowners aim to renovate their baths over the next 12 months versus 15 percent who are preparing for a kitchen redo, according to homeowners surveyed for HomeAdvisor’s True Cost Report. Popular inclusions in those bath reboots include upgraded cabinets, flooring, shower doors, tile and creative lighting, per the report.

Why all the jonesing for a new or enhanced john? The reasons are rampant.

“Many people chose to renovate their kitchens over the past 20 years — so it makes sense that the bathroom renovation craze is next,” said Carolyn DiCarlo, an architectural designer with CD Build, Inc.

The national average bathroom remodel cost is currently $9,755 versus $22,292 for a kitchen renovation, HomeAdvisor reports.

“Additionally, it’s easier and more affordable to incorporate your own style into a bathroom remodel than into a kitchen,” Laszlo said.

Bathrooms are deemed worthier of investment today because they’re increasingly viewed as private sanctuaries where you can pamper yourself — unlike the utilitarian kitchen.

“Homeowners are also now more interested in floating tubs than sunken tubs, and they’re getting more daring with their bathroom remodel materials and designs,” Mecadon said.

Among other bathroom trends in vogue are whites, grays and neutral tones with occasional pops of color, differently shaped tile for variety, mixing and matching various hardware tones in the plumbing and lighting fixtures, and cleaner lines, Laszlo said.

DiCarlo insists that putting your money into a modernized lavatory is well worth it.

“Any capital improvement to a bathroom, if done well, will probably translate to higher resale value,” she said.

When it’s time to list your home, ponder that a poorly maintained or unsightly bath can quickly sour a potential buyer “or lead to a reduced price offer,” Hunter said.

According to Remodeling magazine’s 2018 Cost vs. Value report, a midrange bathroom remodel recoups 70.1 percent of its cost, on average, compared to only 59 percent for a midrange major kitchen remodel.

As with any improvement project, proper planning is key.

“Create a realistic budget, take the time to measure your space, make a floorplan and create a shopping list to stay on track,” Mecadon said.

Shop around carefully for contractors, too, and get several bids.

“The pro you choose should be properly vetted, well-qualified and highly rated. Ask for a written schedule and list of the construction tasks they’re going to perform along with deadlines for completion of each task,” Hunter said.